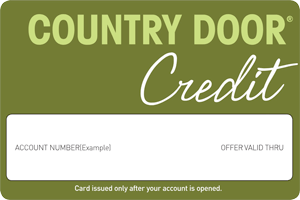 The History of Memorial Day Poppies

“In Flanders fields the poppies blow
Between the crosses, row on row,
That mark our place; and in the sky
The larks, still bravely singing, fly
Scarce heard amid the guns below.”

Every year as Memorial Day approaches veterans and volunteers appear outside stores selling bright red poppies with black centers. The American Legion designates the Friday before Memorial Day National Poppy Day. Did you know this tradition started because of a World War I poem?

Canadian physician and World War I soldier John McCrae wrote “In Flanders Fields” a day after losing his close friend in the bloody Second Battle of Ypres, May 3, 1915, Belgium.

Bright red poppies sprung up in the fields after they were churned for soldiers’ graves. The poem’s haunting opening lines reference the blooms.

Later that year, London-based magazine Punch published the poem anonymously and eventually attributed it to McCrae. “In Flanders Fields” became the most popular World War I poem. Organizations across the British Commonwealth and United States used it to raise money and awareness for the war.

Three years later, American volunteer Moina Michael referenced McCrae’s poem and started wearing a poppy in remembrance for the fallen. She successfully campaigned to have the poppy designated a national symbol of remembrance. It was first used in the United States and eventually adopted by the Royal British Legion and other Commonwealth countries.

The American Legion sells poppies every year to raise money for veteran services.

Gather friends and family to make poppy wreaths this Memorial Day. Make it a yearly tradition.

Start by covering the wreath base with moss. Use greening pins to secure the moss in place. A mix of several different kinds of mosses will look more natural. Push poppies into the wreath base and arrange. It’s ok to let the moss show. Use ribbon to make a bow. Finally, add laminated pictures of the veteran you are honoring. If you don’t have a specific veteran, call your local VFW and ask if there is a grave on which you can leave the wreath.

Cemetery stakes or vases are beautiful Memorial Day tributes. Make a bunch and leave beside graves. Contact your local VFW or American Legion for details.

Fill the container with floral foam. Secure moss on top with greening pins. Arrange poppies as you like. Finish with a patriotic bow. Adding a picture of the veteran you will honor is a personal touch. Sometimes local historical societies or VFWs will be able to provide images. Be sure to laminate the picture so it lasts longer outdoors.

How do you honor Memorial Day? Do you have Memorial Day traditions? Share them with all of us in the comments below!

Do you want to learn more about Holiday Front Door Decorating?

Robin grew up on a farm in the rolling hills of southern Wisconsin. After years living “in town,” she recently moved back to the country where she is renovating an old farmhouse. She’s an expert on window blinds and drape installations, color consultation and blind repair. Her flagship store, “House to Home Designs” is located on the historic Square, downtown Monroe, Wisconsin. Read More

A Front Door for All Seasons

A Front Door for All Seasons

On the Country Door Blog, inspiration is only a click away! Discover fresh ideas to transform your rooms, unique decorating tips, solutions to decorating dilemmas, entertaining and more.